From the Greek gynaika - “woman” and masthós - “breast”, this compound word literally means “man with a woman’s breasts”. In fact, the term gynecomastia indicates the condition in which a man has an overdeveloped mammary gland.

WHO IS THIS PROCEDURE FOR?

Gynecomastia surgery can be done at any age. However, Professor Dini always recommends waiting until after puberty, during which it is normal for the mammary gland to become enlarged even in men. Furthermore, it is not advisable for obese men to resort to the surgical procedure without first having gone on a diet to makesure that the gynecomastia is real and not simply excess accumulated fat.

WHAT DOES THE PRE-OPERATIVE VISIT ENTAIL?

During the pre-operative visit, the professor will check the patient’s overall health in order to exclude cardio-circulatory, coagulation or scarring problems, as well as any alterations like high blood pressure. During the visit, the doctor will also show the patient the surgical procedure that is most suited to his situation (evaluating the shape and size of the breasts, areolas and nipples) in order to attain aesthetic results that, in addition to improving the patient’s physical aspect, will often also allow him to overcome issues in his private and social life.

HOW IS THE GYNECOMASTIA PROCEDURE DONE?

During the gynecomastia surgical procedure, the surgeon usually makes an incision around the areola and, in most cases, liposuction is used in the breast region. The procedure is usually outpatient, done under local anaesthesia with sedation or under general anaesthesia. The operation takes 1 or 2 hours, is not painful and requires minimal dressing.

WHAT CAN I EXPECT IN POST-OPERATIVE RECOVERY?

Mandatory bed rest for two days following the procedure and the patient must wear a compression vest for about a month. Starting on the third day, the patient can go back to normal daily activities, avoiding any strain. After a week, at most ten days, he can go back to work and, after four weeks, can start exercising again. 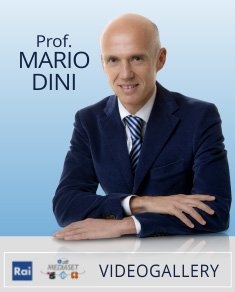 schedule an appointment
Choose your city